Softcat and SAM: Through the years

The evolution of Software Asset Management

The Software Asset Management (SAM) industry in the UK and Ireland has come a long way in a relatively short period of time. In 2012, I joined Softcat’s expert SAM team (now the IT Asset Management team) of six people, and we spent the majority of our time galivanting up and down the country delivering Effective Licence Positions (ELPs) to customers, which gives a comparison of ownership vs deployment. Life on the road was tough, busy, and fascinating in equal measure, allowing us to see how a vast range of different companies operated.

Back in the day

The approach back then was relatively straightforward. Audit activity from the major vendors, most notably Microsoft, was common. We worked alongside the customer looking at their deployment data to provide them with complex reviews, giving invaluable and often never before seen insight into their estates.

We’d leave the organisation with a completed ELP, a clear view of what needed attention and an action plan of things to fix. But we started to recognise a clear and worrying trend; a year or two later when the inevitable vendor audit request came around, many organisations were in just as bad a state as before.

So we developed the SAM journey from ‘What’s wrong?’ to ‘How can we fix this?’, adding an optimisation workshop to the end of each ELP to look at the current entitlement against the business objectives. This workshop produced a recommendation of future configuration changes and purchases and licence agreements to provide an optimal position. From this evolved our scheduled ELP approach, where we would revisit the customer qualterly, refresh the ELP, and discuss and track any changes made.

This scheduled approach was remarkably effective for customers, who now had clear visibility of what was going on across their estate. We were frequently identifying unexpected deployments, and coupled with usage statistics, it quickly became clear that there was demand for more. So we developed our ‘Software Licence Desk’, an on-site SAM service desk for key enterprise customers. Proving enormously valuable for larger organisations, it showed the potential benefit of a more ‘service-orientated’ approach that could scale across a variety of organisations and budgets.

As a result of this, Softcat launched the SAM Intelligence Service in 2015. Powered by Snow Software, we developed a wrap-around service for customers to include regular on-site ELPs, monthly reporting on key licence metrics, usage/compliance statistics and action tracking based on ongoing optimisation activities.

The service has gone from strength to strength, with improvements encompassing ‘tier 2’ vendor management, renewal management, hardware warranty management, continuous reporting improvements and Snow entitlement configuration all added to the portfolio. All of this allows customers a clear view of what’s being deployed, used (and not used) and renewed, as well as anything that is out of support or warranty. These market forces have helped shape the service further still – a shift away from perpetual to subscription licences has altered the way organisations approach software budgeting. This in turn has led to an almost over-eager take up in cloud services, resulting in ‘cloud shock’ when the monthly bills start rolling in! In response, our approach has shifted again with a focus on usage and utilisation of resources both at a user and infrastructure level.

SAM in a cloud era

This trend is set to continue. 94% of companies are using cloud services (some 69% of these being hybrid cloud) but less than a third of UK and Ireland SMBs have a dedicated cloud team in place. This lack of in-house resource, paired with internal processes that have yet to encompass the new consumption and purchasing models, means that our managed services are more relevant than ever before. This is particularly true now that 40% of software is purchased outside of IT, removing the previous central point of control and meaning visibility of deployment and usage is even more important.

We’re on hand to help, of course. Softcat’s Asset Intelligence Services team has a proven track record of supporting customers through years of changes, and the latest evolutions in the way we consume IT provide another set of exciting challenges to rise to.

Find out more about IT Asset Management 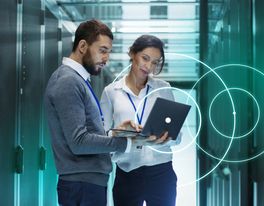 Clearing the way for public cloud 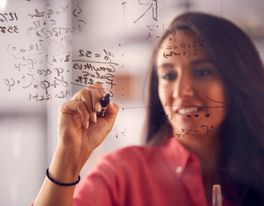 A Mathematician’s View on Cyber Security 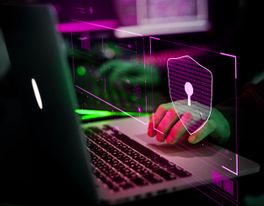