HPE's annual partner awards recognise business partners who have achieved outstanding performance and accomplishments that raise the standard for business excellence and customer satisfaction. This is the first time that HPE has issued a UKI Partner of the Year award since it's separation from HP Inc. last year and selected Softcat based on the reseller's 'meaningful business results and innovation.'

Softcat's Martin Hellawell expressed his delight at winning the award, commenting: "It's a huge honour to accept this award on a global stage and in front of our peers. Softcat enjoys an extremely strong working partnership with HPE and their innovative solutions and channel focus make working with them a pleasure. Since HPE's separation from HP Inc. we've seen both organisations surge ahead in bringing pioneering solutions to market while staying rooted to the values that made HP such a success. We're really excited to be working with HPE and look forward to growing our mutual business in the year ahead."

Last year Softcat collected the Global HP Financial Services of the Year award and in 2014 was named HP's Partner of the Year for Storage and Financial Services, further underlining the strength and breadth of its partnership with the technology giant. Earlier this year Softcat hosted a customer event with HPE's CEO, Meg Whitman, with whom the reseller maintains close contact. 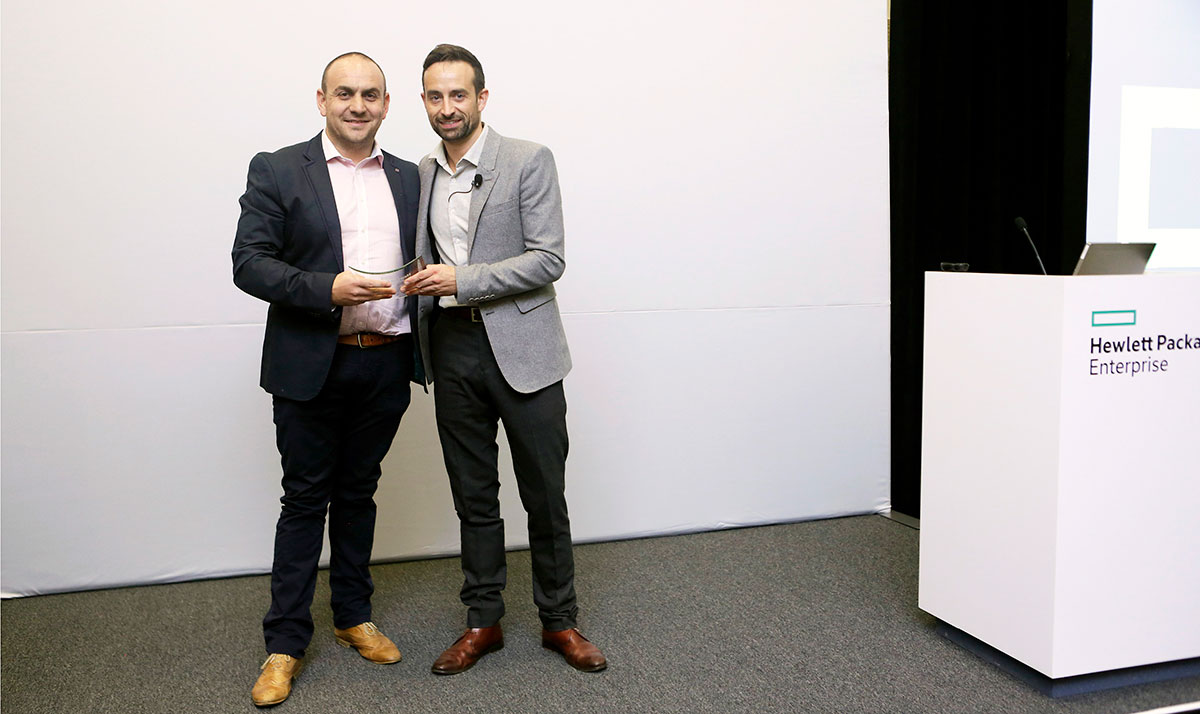 To discuss your requirements with HPE's UKI Partner of the Year 2016, contact your Softcat account manager or get in touch using the form below.