Gender Pronouns in the Workplace

This August the Softcat Pride Network is celebrating Gender Diversity, join ally and Legal Director Debra Coady as she shares the importance of gender pronouns in the workplace.

As part of our Pride celebrations this month, we’re focusing on gender identity. Gender identity is about how you see yourself in terms of your gender e.g. you may identify as a woman or a man or somewhere inbetween or you may feel that none of these labels really work for you, and/or that how you feel about your gender and what ‘fits’ how you feel on the inside may vary.

Before answering that question, let’s look at what pronouns are actually for and when we use them. Pronouns are nouns that are used to refer to a person in place of their name, particularly when talking about someone in the third person. Some languages, like English, use gendered pronouns such as he, him, his, she, her and hers. “They” and “their” are not gendered and may be used as singular pronouns* in place of “he” or “she”. There are also alternative sets of pronouns that are designed to be non-binary and gender-neutral. The table below gives a few examples and shows how they can replace more commonly used pronouns.

If you have never had to think about the pronouns that people use about you because people tend to default to the pronouns that you would choose for yourself anyway, you may have never thought about the importance and impact of pronouns. But if you think of them as an alternative to someone’s name and the way in which we refer to someone, it’s clear that they can be an important part of someone’s identity.

You can’t always tell what pronouns someone would like you to use about them from their name or appearance and if someone has told you their preferred pronouns - either explicitly or through including that information in their email signature - please do try and remember it. Think of it as like remembering someone’s name or how to pronounce their name correctly - if you’re not sure, ask politely and if you do get it wrong, apologise and try to get it right next time.

Remember that this is a personal choice and should be respected as such. In that sense, it’s the same as if somebody asks you to call them by a particular name (perhaps they use their middle name instead of their first name) or if someone changes their surname, perhaps due to a change in family circumstances. It may take you a while to remember their chosen name if it’s not the one you expected or are used to but you should - and most people automatically would - try to get it right.

We all make mistakes but deliberately using the wrong pronouns for someone - or misgendering them - is rude and can also be incredibly hurtful and offensive. Conversely, making the effort to get someone’s pronouns right can go a long way to making someone feel comfortable and able to be themselves and that’s something we should all want for ourselves and the people around us. 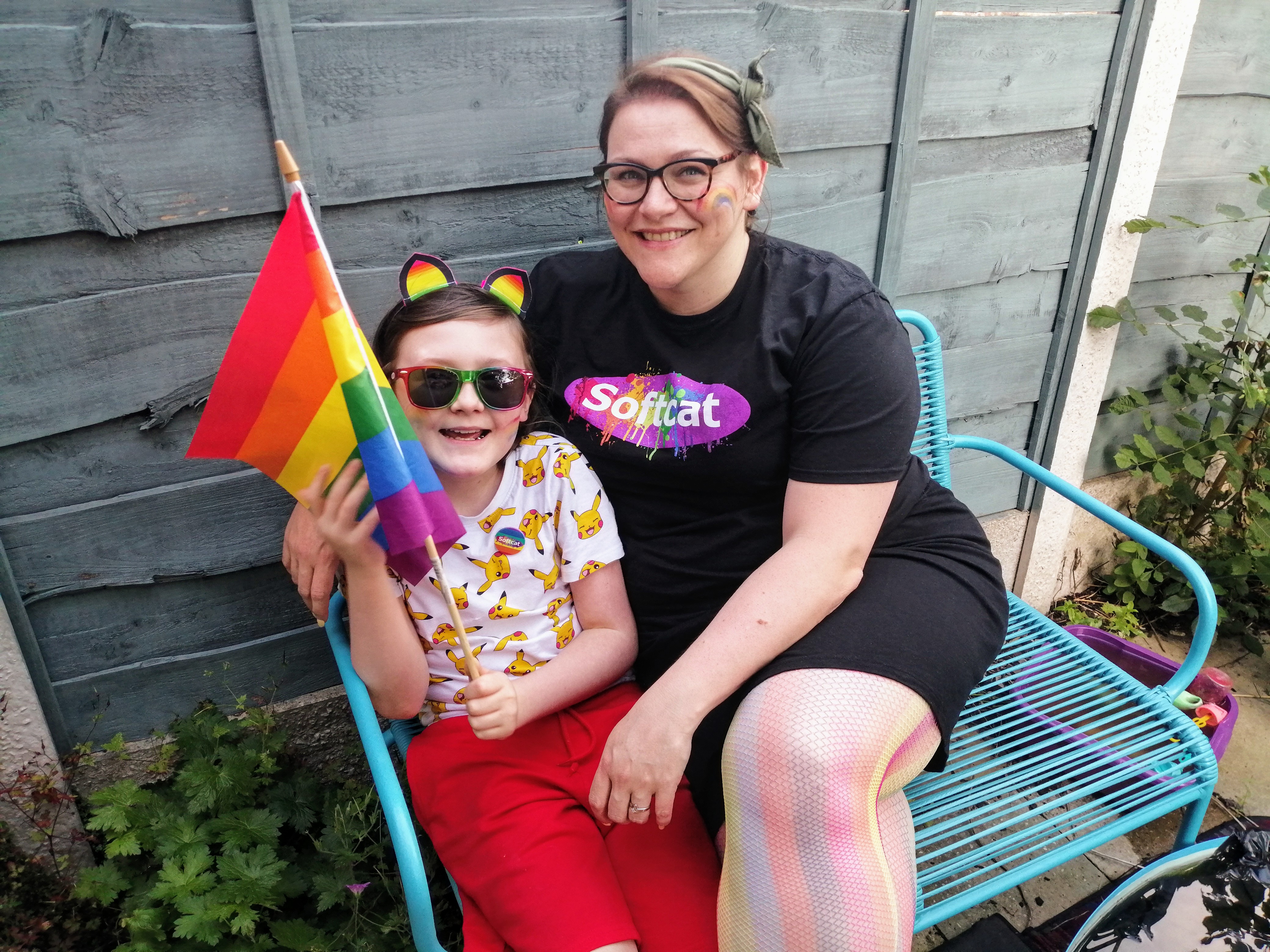 So, back to the email question. People shouldn’t feel compelled to include their pronouns in their email signatures (or anywhere else) because this in itself can be challenging for some people, but if you are comfortable doing so, this can be a really easy way to let others know the correct pronouns to use for you. If the pronouns that people typically use for you don’t jar for you in any way, that’s fine but you might still want to consider including them in your emails and social media profiles. Here’s an explanation of why it matters from Rhys Lawson, Softcat’s Head of Workspace and Services Sales:

“Having decided to become more of a vocal and active ally within the Pride network, one of my first and eye-opening learnings has been around the use of pronouns. To be honest, I wouldn’t say I like to do things just to fit into the crowd, especially if I don’t understand why. So when it came to being actively encouraged to use ‘pronouns’, I needed to find out more.

The Pride group was exceptionally welcoming to what I thought could be perceived as an unsupportive question. The answer really gave me clarity on why more allies need to use pronouns.

And the answer is simple – by including your pronouns in your email signature and social media profile, it helps create an inclusive culture and normalise the practice, reminding people that pronouns should never be assumed.

I realised I approached the whole situation from a selfish perspective, ‘what would I get from using pronouns?’, whereas it’s not about me at all - by allies using pronouns, it demonstrates acceptance and openness to how people feel.”

Hope that gives you some useful information and perhaps food for thought. There are lots of useful resources online if you need more information on this but I wanted to finish with one final point for any etymology fans out there. Some people object to the use of “they” or “theirs” as singular pronouns or the creation of new pronouns such as the ones in the table above because it’s seen as a distortion of language. In reality, language evolves all the time anyway but there are actually circumstances where we commonly use “they” as a singular pronoun e.g. “We would like the successful candidate to start as soon as possible, subject to their notice period.” Additionally, according to one of my favourite podcasts*, the first recorded use of singular “they” dates back to 1375 so it’s definitely not a new thing!

* “The Allusionist”, hosted by Helen Zaltzmann, is a brilliant podcast about language and this episode Allusionist 121. No Title — The Allusionist is a recording of a live show talking about titles, how we use them and what they mean but also includes a fascinating discussion of gendered language.