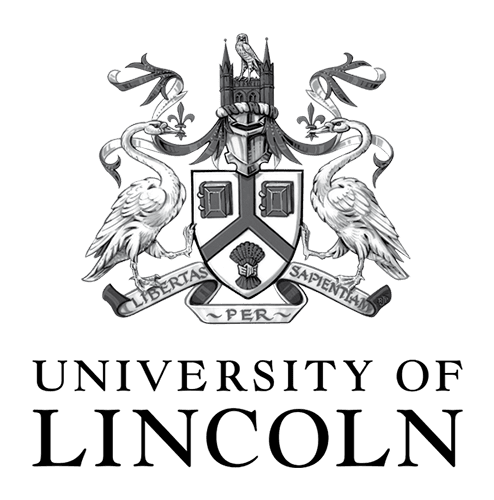 Transformative solution boosts IT capabilities for the University of Lincoln

Awarded Gold in the Teaching Excellence Framework 2017, the University of Lincoln has a burgeoning reputation for delivering both consistently outstanding teaching and research and being a fantastic place to live and learn. Up-to-the-minute technology provision is just one of the reasons why it placed in the UK top 20 for academic support, learning resources and learning community in the 2017 National Student Survey.

University of Lincoln is an award-winning higher education provider

Its existing datacentre infrastructure was aging and in need of significant upgrade to provide the functionality needed to meet today’s student expectations and increased demand for IT services. UoL has been working hard to transform how it’s perceived by the market and radical improvements in its technological infrastructure are seen as essential to achieving its goal of becoming a globally-respected, research-led organisation. It also wanted to take advantage of cloud capabilities going forward and ensure that when providing bring your own device (BYOD) functionality to students and staff, security wouldn’t be compromised.

The need to protect both the network and IP assets, while simultaneously delivering an open access policy that would massively increase demand, meant a robust risk management strategy was essential. When coupled with the university’s obligations to ensure a safe environment in line with the Government’s Prevent Agenda, as well as an ongoing expansion in student accommodation requiring high-speed network access, the need for a robust datacentre, network and security solution was critical.

Softcat was involved in an earlier AV equipment implementation at the university. It gave UoL full confidence that it was a delivery partner capable of providing the expertise and industry knowledge needed for a project of this scale. A three-year contract, with an option to extend for a further two years, was agreed. It would dramatically improve UoL’s datacentre capabilities, network resilience and provide comprehensive support services throughout the lifetime of the agreement.

Following close consultation with the IT team, a suite of Cisco products was chosen as the preferred technology. Softcat also committed to providing single-reach support functionality for a range of SLAs on an ongoing basis. Maintaining essential IT services during the solution implementation was also a critical factor.

The Cisco suite included a range of leading-edge technologies capable of enhancing IT provision across the board. Softcat managed the deployment of what was effectively a brand-new datacentre, comprising Cisco Nexus data centre switching, HPE C7000 Blade chassis and a HPE 3PAR storage platform, alongside a Scality Object storage platform and F5 Application Delivery Controllers. These technologies were essential for UoL to achieve its ambition of enabling a single-user portal for applications across the IT estate and migrating to predominantly cloud-based services in the future.

Cisco Nexus datacentre switching / routing was chosen to increase server bandwidth and facilitate a ‘zero trust’ architecture. The Nexus platform offered UoL a number of options for automation, enabling them to increase operational efficiencies over the lifetime of the equipment. It would also allow the operations team to more effectively support and extend its service provision. Softcat designed, deployed and supported a total of five new build projects during the first 18 months of the contract, deploying over 300 switches, 800 access points and 14 firewalls. This increased teaching and residential space by 25% during this period, rapidly enabling UoL to increase student intake and improve facilities to support its strategic vision.

One of the residential buildings presented a specific technical challenge, with its concrete structure causing major distortion of wireless signals. Softcat overcame this challenge by deploying a new Microcell Architecture with Cisco 802.11ac Wave 2 wall-mounted access points in alternate rooms, ensuring high-speed, reliable connections for residents. Ensuring the security of the connectivity was of particular importance to UoL, as it needs to comply with wide-ranging legal and pastoral obligations for students. To support this goal, Softcat deployed the Cisco ISE platform for authentication, authorisation and audit – this enabled the identification of malicious / abnormal behaviour on the network, as well as providing an automation mechanism for the university to rapidly deploy network configuration, without manually configuring each network device. As a result, UoL were able to make large operational savings during the implementation and beyond.

UoL also identified that its existing deep packet inspection devices were no longer fit for purpose. To overcome this issue, Softcat deployed a new pair of Cisco Firepower appliances. These high-speed, modern security devices dramatically reduce the risk of compromise via the network layer and were the first to be deployed in the education sector. Softcat’s strong relationship with Cisco was a major factor in enabling access to the required configuration, which ensures devices can be installed, configured and operated without exposing the university to risk.

Throughout the project, Softcat project managers were on site to not just support hardware implementation, but also to liaise with contractors and the in-house IT team to help ensure a smooth implementation. “Softcat’s technical support was crucial,” said Wayne Gathergood, UoL Infrastructure & Projects Manager. “They worked alongside us throughout the implementation and were able to translate the theory of what we were hoping to achieve into a practical implementation of a complex platform. When we take a step back and look at what we’ve achieved together, it’s been a truly transformative project.”

The main benefit from the implementation is that UoL now has a highly functional, resilient and above all ‘secure-by-design’ IT platform. It will provide the streamlined network access and rock-solid datacentre capabilities it needs to deliver ‘always on,’ standardised access for its students and staff - wherever they are in the university. Significant improvements in functionality and security associated with the Cisco solution will easily cope with the burgeoning demand for high-speed access and storage while continuing to provide an optimal and consistent user experience.

Improved storage capacity provided by the Scality platform is supporting the introduction of innovative technologies, such as Panopta lecture capture facilities and superior AV functionality - functionality that’s seen as essential to delivering an enhanced learning experience. The huge increase in storage capacity was seen as essential to underpin UoL’s growing international reputation for the quality of its research. Researchers now have access to 10 – 20 terrabytes of storage to assist with major research projects across areas as diverse as cancer treatment, water conservation and low-carbon technologies.

UoL also has ambitious plans for making cloud-based services key to its service delivery in the future. The upgraded network and datacentre architecture will help to smooth that transition further down the line as well as delivering significant cost savings once that migration is complete. And the solution’s improved security capabilities will help ensure compliance with the Government’s Prevent guidelines, while guaranteeing that increased access doesn’t go hand in hand with increased risk.