COVID-19 update: We are fully operational and continue to support our customers and partners at this time. Learn more. 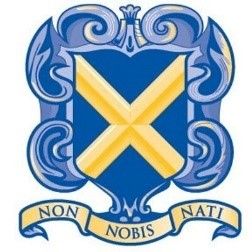 Founded in 948, St Albans School is an independent school in Hertfordshire, recognised as being one of the leading schools in the country. The school’s pupils achieve outstanding exam results and many move on to leading universities. The ratio of 850 pupils to 100 staff ensures that each pupil is given the dedicated support they require to succeed.

A school with over 1000 years of history

St Albans School needed to update their printing system as the existing set up had several problems which were having a negative impact on both teaching and learning. The school had been attempting to rationalise their printer estate for several years but had still ended up with around 70 desktop printers and around 25 MFDs.

The print system as it stood meant there was very limited visibility on who was printing and what they were printing. The school were having to rely on staff and students to report the depletion of consumables which wasn’t an effective system. This system was causing frequent issues leading to an unsatisfactory service for both staff and pupils. All of this meant St Albans School had little control over costs and were spending more on printing than they needed to.

St Albans School came to Softcat to help them find a solution for their printing problems. They chose to work with Softcat due to their longstanding relationship with us and the fact Softcat have relationships with all the key vendors. Softcat were able to utilise these relationships to provide the best possible solution for St Albans School. Nik Cragg, IT Services Manager & Data Protection Officer at St Albans School, explains that Softcat took the time to understand not just the school’s technical requirements but also the culture and business goals to ensure the solution would meet their exact needs. Softcat recommended that the school implement a Managed Print Solution which would be highly customised to the school’s requirements.

Softcat began by looking at the existing print estate; examining the existing plans and diagrams and engaging with users. We talked to users to find out their frustrations with the current print system and understand what they wanted from a printing service. Softcat also reviewed statistics from the existing printers to get an understanding of what the usage pattern was, before going away and designing an appropriate solution.

Softcat took a vendor agnostic approach, providing the school with several options which met their requirements. We were also able to give an accurate estimation of costs for each option based on the current usage reports. Nik comments, “ didn’t push us down any particular path but instead just provided the information we needed to make an informed choice about the best fit solution for us.”

A key feature of the new printing solution was the introduction of a follow-me printing system which integrated with the school’s existing pupil ID cards. This system meant that people were no longer printing multiple copies of the same document, making the system more efficient and providing cost saving on consumables.

Nik describes the new solution as ‘intuitive and effective’. The transition to the new system has been seamless with users able to get on board with it immediately. The Softcat Managed Print solution has now been in place for more than a year and the school have seen a higher cost saving than the 30% reduction they anticipated. On top of this, they now have better control and visibility on what people are printing.

Softcat were able to tailor the print solution to meet the specific needs of St Albans School. Nik highlighted that one of the key benefits of working with Softcat was the provision of a dedicated project manager. The project manager was involved through the design and implementation phases meaning he could capture all of the requirements and then manage the overall development to ensure a smooth and successful project.

St Albans School came to Softcat for this requirement as they had worked with us in the past and we had a good existing relationship. This relationship meant Nik was confident Softcat could provide the best possible technical solution.

When speaking about Softcat, Nik comments, “They’re experts who really listen, they make ambitious promises and they deliver on them, and St Albans School looks forward to working with them in the future. I’d recommend Softcat without hesitation.”