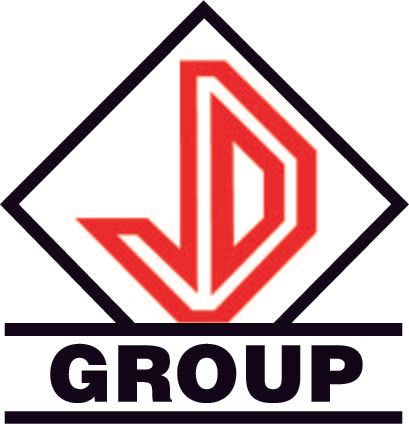 James Donaldson & Sons is a highly successful company that has been passed down from father to son for the past five generations. Since being founded in 1860, they have grown to become one of the UK’s leading independent processors, manufacturers and distributors of timber and engineered timber products. Now with over 150 years’ experience, James Donaldson & Sons have grown from having one small branch in Fife, Scotland, to being a nationwide group with 24 operating branches across the UK.

With an IT team of just three people protecting 350 endpoints across 30 locations, James Donaldson & Sons realised it was time to step up their defences. Acutely aware that their existing IT security was ineffective and outdated, they were concerned that malware and ransomware could bring their systems to a halt at any time.

Ryan Nelson, IT Support Analyst at James Donaldson & Sons explains, “We needed next-generation capability, something that would protect us from zero-hour threats and ransomware attacks. We knew our existing solutions could not do this.”

With the company’s existing web filtering and endpoint protection products due to expire, Ryan decided to take action and update the business’ security stack. James Donaldson & Sons were looking for an IT security solution that was simple to manage day-to-day and easy to roll out across multiple locations.

Due to reliability issues with the legacy solution and prevalent high-profile ransomware attacks which the products in place were insufficient to protect against, it was decided that a complete overall of the existing security solution would be the best option.

Softcat arranged a demo of Sophos’ Intercept X, where Ryan was able to see live ransomware simulated and the actions taken by Intercept X to back up and restore files.

Off the back of this demo, it was decided that Sophos and the Intercept X offering were the right fit for James Donaldson & Sons.

The Sophos products which James Donaldson & Sons chose to implement across their offices include:

Previously the company were not protected from zero-hour threats and ransomware attacks, but with the Sophos solution now in place, they can rest assured knowing that threats such as this are picked up and dealt with straight away. When discussing the solution, Ryan comments, “We now know we have complete ransomware protection across all servers and computers." Sophos Sandstorm quickly and accurately detects, blocks and responds to evasive threats using cloud-based, next-generation sandbox technology.

Ryan is particularly pleased that the Sophos products have been so easy to deploy and manage. “The rollout was a straightforward process due to cloud-based Sophos Central,” he says. “When we think about how we have installed other vendors’ products in the past, there is just no comparison.” Sophos’ ease of installation meant the solution was installed on user’s devices in just one week.

The Sophos solution has provided a number of benefits to James Donaldson & Sons including fast response times to security alerts and instant access to the information gained from security threats. The IT team are now able to log in and take action anywhere. A huge benefit of the Sophos solution is that it has not affected the existing IT infrastructure and system performance in any way while still providing data protection and security features.

Working with Softcat and Sophos meant James Donaldson & Sons got access to a great deal of resources, expertise and support. Ryan Comments, “Together, Softcat and Sophos answered every question we had, and were great when we needed an urgent response."

Ryan concludes, “We needed to invest more in order to keep pace with the threats in the industry, yet we didn’t want a cheaper product that we had no confidence in. We can now act quickly if we are ever faced with a potential attack and having Sophos in our product line-up just feels like we have an extra person in our team keeping an eye on everything."

Softcat and James Donaldson & Sons have been working together for many years and over this time a strong working relationship has formed. Due to this, it was the natural choice for them to come to Softcat when they were looking for a new security solution. James Donaldson & Sons knew that Softcat could deliver excellent advice, service and commercials. Due to top accreditations and great relationships with security vendors Softcat were able to provide a number of options for this requirement, with Sophos ultimately being identified as the right fit.

Jez explains, “We were able to support and advise James Donaldson & Sons with their IT security upgrade, from shortlisting suitable vendors and identifying the right products through to product demos, decision making and installation. Our close partnership with Sophos meant we were able to offer exactly the right mix of products to meet the company’s needs and ensure total protection, even in the face of increasing malware and ransomware attacks.”